How To Maintenance Your Car’s Air-Con

Now day’s air-conditioning is standard on practically all vehicles and, on a hot summer’s day, it is one of life’s great pleasures to feel a welcome breeze of ice-cold air from the vents.

How an air-con works

Indicated in the image below, an air-con operates in a closed system with a refrigerant as the working fluid. This means that the incoming hot air never actually touches the refrigerant, but is cooled indirectly by an evaporator/radiator in the airstream. 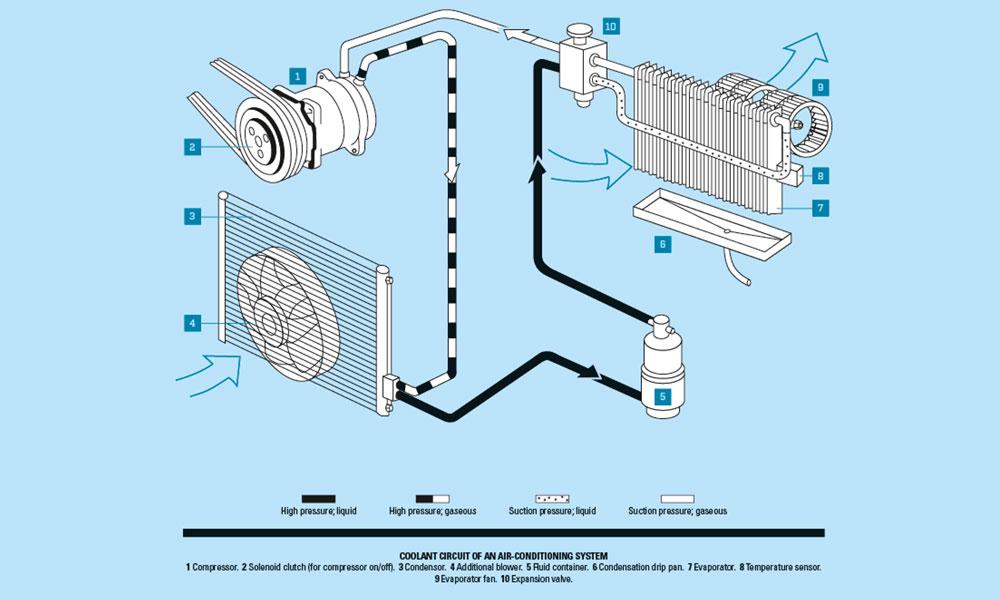 What could go wrong…

Your car’s air-con should provide ice-cold relief within five minutes and it is best to evaluate the the air blowing from the vents using the back of your hand. If the air is not cold by then, immediately switch off the air-con and get the system inspected.

There are many things that can go wrong with the air-con system, including gas leaks and failure of bearings and seals, as well as blockages in the pipes or sensor failures. You can take some comfort with the fact that the last component to fail is likely to be the expensive sompressor itself. A lack of lubrication is the main reason an air-con compressor fails, when the gas leaks out, so does the oil and thus lubrication qualities are lost, leading to failure.

To prevent expensive breakdowns, it is important to run your vehicle’s air-con for at least 30 minutes a week. This action lubricates the system and prevents the bearings on the compressor from corroding at the touching surfaces.

To avoid air-con odours, change the pollen filter regularly, because fungus that grows on the evaporator can cause bad smells. You should also service the air-con once a year, now that the summer tempresures are settling in and it’s getting hotter. Book your Mazda in for a air-con treatment and service at CMH Mazda Menlyn’s service department to prevent compressor replacement. 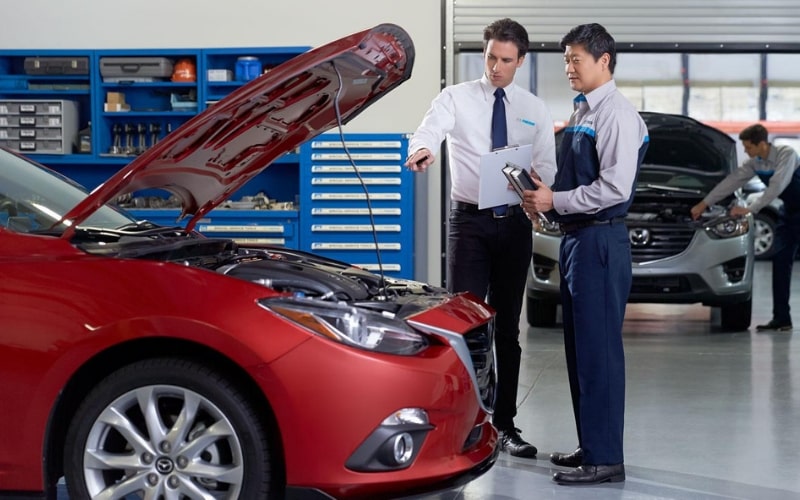